Aimondo London on the Road to Success as of June 22 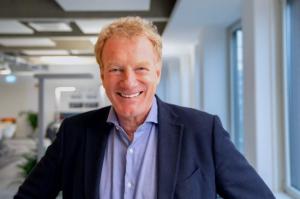 This June, the English Aimondo company starts its active offensive on the UK market with two of the largest online textile retailers as new customers.

LONDON, UNITED KINGDOM, May 29, 2022 /EINPresswire.com/ — This June, the English Aimondo company starts its active offensive on the UK market with two of the largest online textile retailers as new customers. After already achieving stable sales with a large online and retail provider (offshoot of a US multinational) since 2018, this is an extremely positive signal. Month after month, high-street stores and the online store there have already been supplied with market data on a daily basis for over three years.
Now Aimondo UK Ltd, which was launched in August 2020 as part of the Swiss Aimondo AG group, has gained two significant new revenue drivers. That’s thanks to the business-savvy leadership duo of Alisdair Stuart and Derek Binns.

Aimondo introduced its Artificial Intelligence (AI), which it´s German sister company Aimondo GmbH has been developing since 2016, to the UK market back in 2016, where it uses the same thoroughness to collect all the product data on consumer goods offerings on the island every day, the competitive data of which Aimondo customers need. Using this knowledge, prices and offer corner data are optimized each day to help the company’s business partners achieve and optimize their goals.

The prices are checked day by day in connection with further information and the data of the Aimondo customers as well as the competitive information and are readjusted fully automatically if necessary or required. They are then fed directly into the computer systems of the online suppliers. Completely without human intervention. The success of this innovative technology from Germany can be recorded daily in Euros and Cents or Pounds and Pence, and checked against sales volumes, inventory levels and a number of other business indicators.

In 2022, the pace of growth, which had been slowed somewhat by Covid and other influencing factors, picked up enormously. The most important milestone – being in the black in the German development company – was reached. This is the point to which the so-called proof-of-concept promises a bright future. Especially if the business model is based on AI and algorithms with the use of neural network technology shape the product for this purpose. Supplemented by software-as-a-service. With a hardware infrastructure consisting of the equally unlimited and fail-safe capacity of the cloud.

In 2021, the balance sheet still showed accumulated – and covered – losses from the past. So far, these have been borne by Aimondo AG and its founding shareholder as well as a capital increase paid in cash. From the summer of this year, the company is already expected to be operationally in the black. After the German Aimondo GmbH, which could announce already in May an end of the red monthly accounts, now the British Aimondo is the second national company, which carries itself with the artificial intelligence for the eCommerce. Switzerland is also expected to do so in 2022/23. Italy and Austria are not quite there yet. Although Italy boasts a world-famous tire manufacturer in its customer list, start-up costs are still somewhat higher than revenues.

Thomas Baierlein, a manager with many years of experience who, among other things, is driving international expansion, is very confident that the North American region will soon be spurring Aimondo’s growth: “Technologically, we have our sights firmly set on the U.S. market. Our conviction that it was right to invest massively in development has also been confirmed. This has enabled us to secure our lead. Many of today’s world-renowned successful companies in the digital world – and I include electric mobility among them – initially invested sums that were staggering from a European perspective. With ultimately overwhelming success. We have enriched these principles with extremely hard work, the talents of the team and the ingenious AI concept. And made them a reality in the extremely difficult digital environment of Germany. Now the international roll-out begins.”

Absolutely Fabulous Walks a Marathon for Its Customers’ Shopping Experience