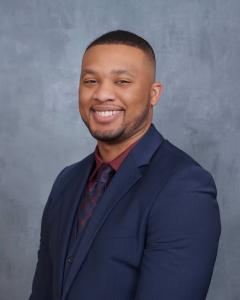 It didn’t take long for Burns Funding to not only secure the capital but introduce me to an innovative passive income business model, which could provide all the capital I will ever need.”

Jonathan Curtis, who was born and raised Baton Rouge, always knew he wanted to be an entrepreneur. So, upon graduation from Southeastern Louisiana University in the spring of 2013, he set out on a path to be his own boss and control his destiny.

“I tried a few different business models before I dove headfirst into Ecommerce,” Curtis said. “That became my Holy Grail. I launched a handful of products on Amazon, which also opened the door to Big Box Retail for my brand.”

That’s where Burns Funding came in.

“I needed capital to really help my businesses take off,” he said. “I found the company and its founder, Peter J. Burns III, on LinkedIn. It didn’t take long for Burns Funding to not only secure the capital but introduce me to an innovative passive income business model, which could provide all the capital I will ever need.”

Burns said that the “wonderful thing about Jon is that I didn’t have to educate him on the importance of Ecommerce. He was already a believer and knew about its potential.”

“As I expand in the ecommerce space, I know that having good partnerships is key,” said Curtis. “It’s tough doing it alone. Peter has some amazing partners in the space. It’s like I am watching my dreams come true.”

Based today in Del Mar, California, Peter J. Burns III grew up in a well-established New England family in New Canaan, Connecticut. He was briefly educated at the United States Military Academy Preparatory School at West Point, the University of Virginia (UVa), and finally the Harvard Business School’s Owners and Presidents Management Program. While his two younger brothers went on to have successful business careers, Burns chose the life of a successful entrepreneur.

Burns started hundreds of businesses over the ensuing decades. He then moved to Arizona in the early 2000s and became a pro bono adjunct faculty member at the highly respected Barrett Honors College at Arizona State University. In 2006, he took his teaching practice across town to Grand Canyon University and its entrepreneur-like founder Brent Richardson, where the two men would launch the nation’s first College of Entrepreneurship at GCU.

In recognition of his work, Burns was honored by the Arizona chapter of the Future Business Leaders of America its Businessperson of the Year in 2007.

Shortly thereafter, he started Club Entrepreneur as a way to bring entrepreneurs together in an “open-source entrepreneurship” platform. The Phoenix chapter attracted 10,000 members.

In 2016, Burns moved to the West Coast and started Burns Funding as a way to help entrepreneurs secure hard-to-get funding for their businesses.

Taken as a whole, Burns says all the businesses have a “common thread.

“Every business I start represents my desire to help existing and would-be entrepreneurs reach their full potential,” said Burns. “Too often, they give up because of a lack of capital. I set out to solve that problem and won’t rest until every entrepreneur that needs money can secure it.”

What made ‘Granny’ Queen Elizabeth II special to Royal grandchildren