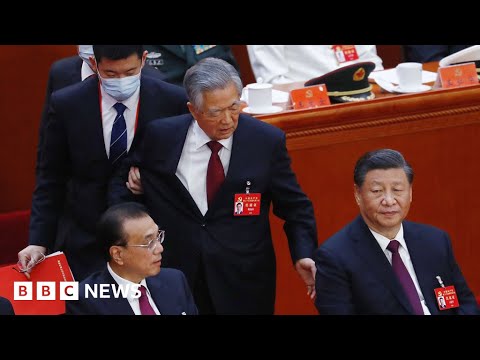 Chinese former leader Hu Jintao has been led out of the closing ceremony of the Communist Party Congress.

The 79-year-old was sitting beside President Xi Jinping when he was approached and led away by officials. No explanation was given.

After its week-long congress, the party is expected to confirm Mr Xi, 69, for a historic third term.

The event, held in Beijing every five years, cemented his position as China’s most powerful leader since Mao Zedong.