How did Germany end its reliance on Russian gas? – BBC News 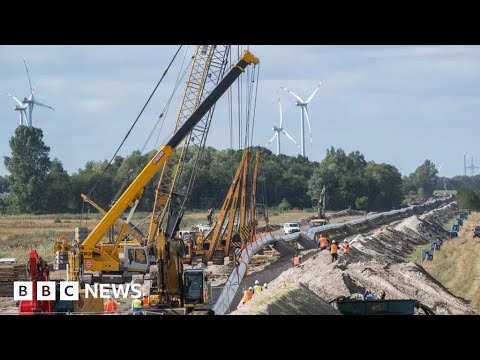 When Russia started to restrict its supplies of gas to western Europe, one of the most affected countries was Germany.

The country is heavily dependent on the fuel – and initially struggled to find a replacement.

Germany has not only managed to replenish its stored gas, but has also built its first terminal for imported liquefied natural gas – in just 200 days.