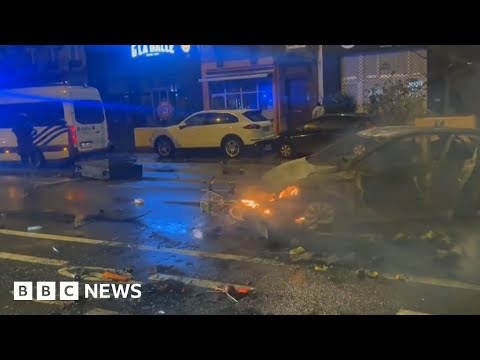 Riots erupted across several Dutch and Belgian cities after Morocco’s surprise victory over Belgium in the 2022 World Cup.

Arrests were made in Brussels and Antwerp while riot police were deployed in Amsterdam with incidents also reported at The Hague and Rotterdam.

Both countries have significant Moroccan population.

The victory saw Morocco move joint-top of their group ahead of Belgium.